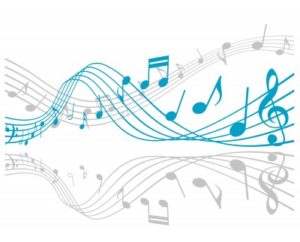 There is a popular worship song that has a line in it that just doesn’t ‘sit well’ with me.  I love the song and the overall message about choosing to stand with God through the good times and the bad.

Like I said, I love the song, just not that line.  Something about it doesn’t ‘add up’ to me, although when I thought about why, I couldn’t put my finger on it exactly.  So, I started praying and searching the scriptures for answers.  God is so good to answer!  I share with you here what I discovered.

Jesus, the Son of God, brings life and life more abundantly.   That right there is a conflict with that line in the worship song.

All Scripture is given by inspiration of God, and is profitable for doctrine, for reproof, for correction, for instruction in righteousness.

That means, if all Scripture is given by inspiration of God, one verse can’t conflict with another.  There are many facts mentioned in the Bible only once.   Where we get into trouble scripturally, is to take one of these facts and build a doctrine around it.

Every Important Principle of God is Stated More Than Once in His Word.

Maybe now the question for you is ‘How do I know if this verse conflicts with another?’  The Bible has an answer for that!  Let’s take a look. Scripture says:

This will be the third time I am coming to you. “By the mouth of two or three witnesses every word shall be established.”

The Corinthian church was a mess, to put it simply…sexually immoral, idolatrous, and divisive philosophically, among other things.  Paul had been there before and written corrective letters as well.   In  this verse, he makes the comment that this is his third time to come and address their wrong behavior and thinking.  In 2 Corinthians 13:1, Paul quoted Deuteronomy 19:15, which says:

“One witness shall not rise against a man concerning any iniquity or any sin that he commits; by the mouth of two or three witnesses the matter shall be established.”

Deuteronomy is a series of reminders from Moses to the children of Israel on how to live Godly lives when encountering various situations in the Promised Land. Verse 15 pertains to the testimony required when convicting someone of a crime or sin.  One witness is not enough; it takes the testimony of two or three witnesses to prove the man’s guilt.

Deuteronomy 17:6 is another confirming verse about administering justice:

But if he will not hear, take with you one or two more, that ‘by the mouth of two or three witnesses every word may be established.’

This verse is the second step of outlined procedures for dealing with a brother you have a disagreement with (step one is to talk to them directly).  Matthew quotes Deuteronomy 19:15 and 17:6.

Back to the Song…

Here is a verse to compare against the song – Jesus says in John 10:10:

Be sober, be vigilant; because your adversary the devil walks about like a roaring lion, seeking whom he may devour.

And the Lord said to Satan, “From where do you come?”  So Satan answered the Lord and said, “From going to and fro on the earth, and from walking back and forth on it.”

And the Lord said to Satan, “From where do you come?”  Satan answered the Lord and said, “From going to and fro on the earth, and from walking back and forth on it.”

So, Where Did That Line in the Song Come From Anyway?

And he said: “Naked I came from my mother’s womb, and naked shall I return there. The Lord gave, and the Lord has taken away; Blessed be the name of the Lord.”

Job said it.  After he had lost everything – his wealth, his family and his health.  Job’s character is strong.  God said he was blameless and righteous, fearing God and shunning evil (Pam’s paraphrasing here! See Job 1:8, and 2:3 for the exact wording).   Job 1:1-5 also tells us of his Godly character and his wealth (if you noticed, that’s three references to Job’s character).

In all his troubles , Job humbled himself to God’s power and keeps his eye on God. He knew God was Sovereign.  Job knew to give God the glory for all he had, but he mistakenly attributed his loss to God’s doing as well.

Not understanding what was going on in his life, but only seeing the affliction, Job reasoned that God gives and takes away.  Still, Job chose to glorify God.

We should all do that.  It’s easy to give God the glory for the good things in our life, but do we still praise Him when we have trials and tribulation or do we curse Him?

But There’s More to the Story…

Job‘s three friends saw his grief and loss as punishment for sin – ‘you must have done something, just confess and repent’ they kept telling him.

In those 34 chapters, Job has a really long pity party.  He goes from submission to God’s will to impatience towards God.

Throughout his entire affliction, Job complains about a lot of things, but he didn’t curse God. He remained the righteous and blameless man that God said he was!

Finally, God talks to Job after this long silence.  The Lord reprimands him with a series of questions.  Here are two of them:

Where were you when I laid the foundations of the earth? Tell Me, if you have understanding. (Job 38:4)

Who determined its measurements? Surely, you know! (Job 38:5)

For four chapters, the Lord shows His Omnipotence to Job with questions like this.  In the middle of these questions, Job sasses back to God (40:3-5), but God doesn’t give up the questions. Pretty humbling.

Job repents of his wrong thinking and speaking.  He acknowledges that he has spoken out of what he doesn’t understand (v2-6).

Our trials and sufferings always give us the opportunity to show and refine our character. Zechariah 13:9 refers to this as a refining fire (see also 1 Peter 6-7).  Look up those verses here.

Job didn’t curse God (showing his character) and his repentance of not understanding God’s ways allowed him to refine it (he could have been stubborn and not repented).

In the end of the chapter, Job is fully reconciled with God. He has shown that he loves God and serves Him with a pure heart.  God restored to Job twice as much as he had before (v10-17).  That is life more abundantly!

Back to the Original Question – What’s Wrong with that Line?

To try and answer the original question ‘what’s wrong with that line?’ I started looking for a second verse to establish the truth of the statement that God gives and takes away.  I found several verses that say God gives and when we die, we can’t take it with us.  But I never one that says God takes away.

Honestly, I didn’t expect to, because of God’s reprimand in Job chapters 38-41, but I wanted to prove it to myself by the ‘two or three witness’ rule.

So, what’s the take away here?

I can probably think of a couple off-hand:

I still love the worship song, and just to be clear, I’m not saying anything bad against the writer or artist. For me, when I sing it, I replace the original line with the title of this post – God Gives, Not Takes Away.

Pam is an experienced, professional, freelance B2B copywriter, consultant and trainer.  She blends her love of studying God’s Word and interests in natural beauty, health and home alternatives and communication skills to bring you resources to improve your everyday life. You can also find her at

This site uses Akismet to reduce spam. Learn how your comment data is processed.

My goal is pretty simple here... to preserve a distraction free reading experience for you while offering quality … END_OF_DOCUMENT_TOKEN_TO_BE_REPLACED